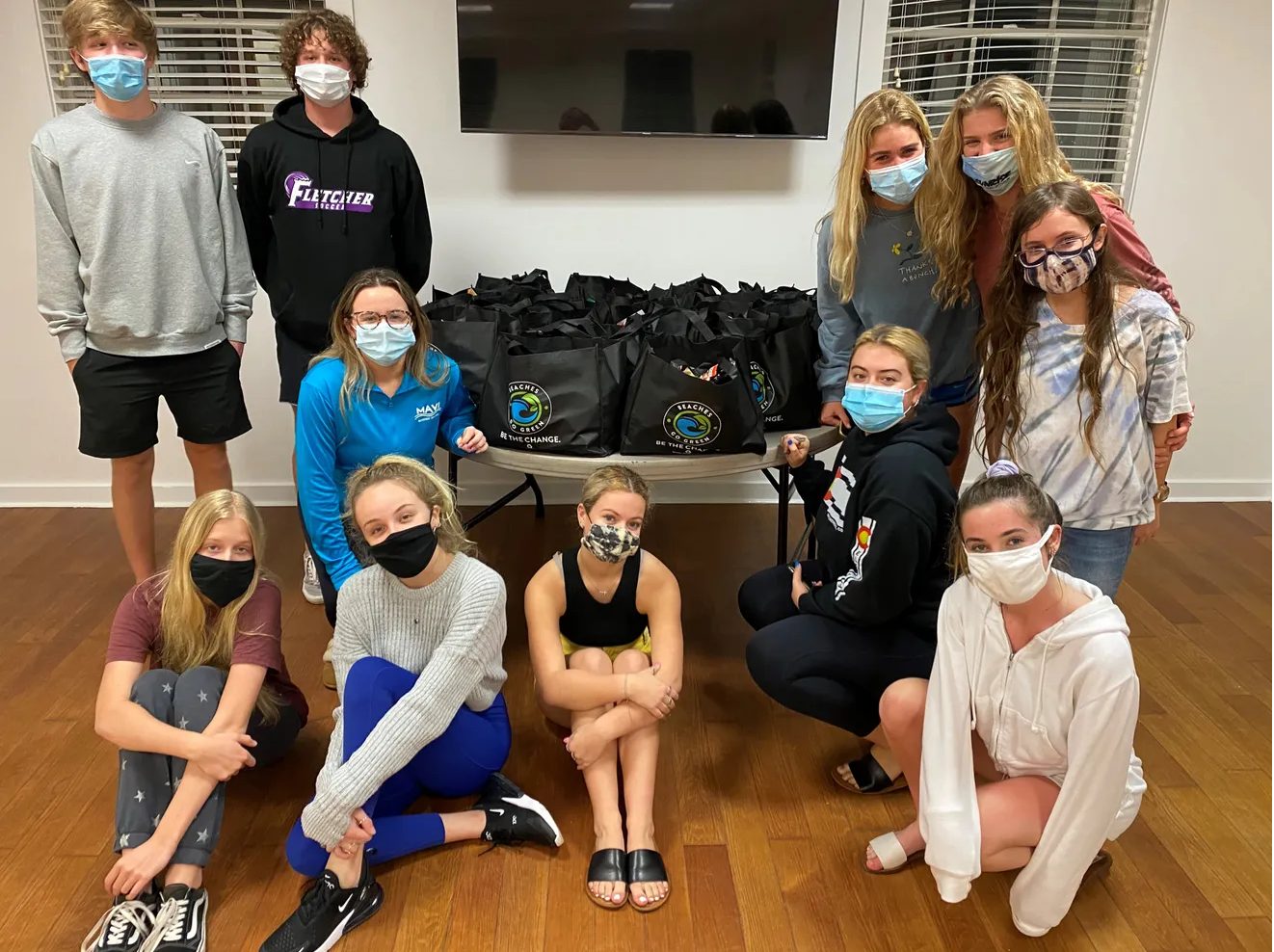 The City of Atlantic Beach Youth Council has been selected as one of five Florida League of Cities’ Youth Council Community Service Award winners.

The Youth Council (ABYC) partnered with Blessings in a Backpack, a national nonprofit organization, to fight food insecurity among local elementary school children whose primary source of food is their school.

ABYC members planned out its project, deciding what contents to include in each backpack. Then, each backpack was filled, labeled and packaged together for a local elementary school. Each backpack included healthy options such as fruit, tuna, macaroni and cheese, cereal and peanut butter, as well as a few fun options such as Fruit Roll-Ups and Pop-Tarts. The Youth Council also included handmade cards of encouragement inside each backpack. Overall, the council exceeded their original expectations by more than 100 percent after gathering double the amount of supplies necessary for the project.

ABYC members said the partnership with Blessings in a Backpack opened their eyes to the challenges that some members of the community face, and that they now want to do more to help.

“I felt great knowing that what I was doing made a direct impact on my hometown and its members,” Youth Council member Avery Little said in the council’s application for the award. “This project made me realize that you never know someone’s struggles but showed how much of an impact we can make as a group when we put our minds to it.”

The FLC winners receive a trophy, are featured in the league’s award-winning magazine, Quality Cities, and have their projects featured on the league website and social media accounts.

“It is my hope that these fine young people will take what they have learned from the ABYC and continue to give back in other ways throughout their lives,” Mayor Ellen Glasser said in her letter nominating the ABYC for the FLC award. “Their servant leadership and good citizenship is truly commendable. I also want to thank our youth advisors Dawn Pope and Kari Ferguson for providing just the right amount of oversight and support to make our ABYC so successful.”

“Youth council members are the future leaders of our communities, and if what we saw from these students and their community service projects is any indication, our cities have a strong future ahead of them,” said FLC President Tony Ortiz, an Orlando City Commission member.

This year’s other FLC Youth Council Community Service Award winners and their projects are:

The award is the second recent statewide honor for the Atlantic Beach Youth Council. In October, an entry by Youth Council member Ava Rathet was selected as a winner of the 2020 Florida League of Cities Youth Council Photography Competition. The annual competition asks Florida’s municipal youth councils to showcase what they love about their city, town or village with a photo of their favorite aspects of it.

The ABYC plans and supports at least one special event each year under the guidance of two adult advisors. Each year, members elect officers and recruit new high school-aged members. They operate with a small budget and report to the city on their efforts.