Back To Home
Bills Mafia, Blessings in the News, Featured April 16, 2021 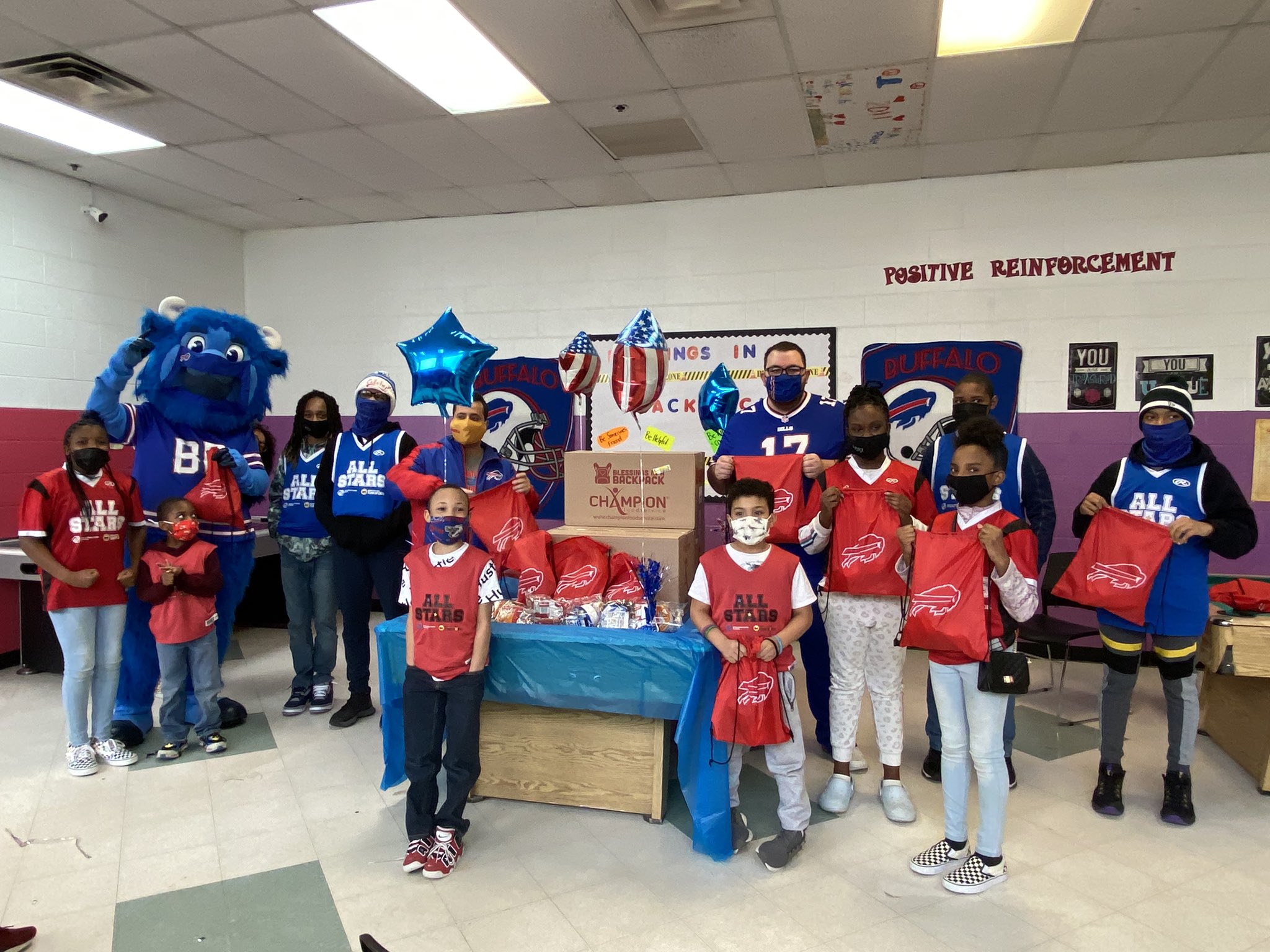 Blessings in a Backpack has donated thousands of bags of food to Western New York after a donation campaign for their organization was started by Bills Mafia and went viral in January.

Back in January, Baltimore Ravens quarterback Lamar Jackson had to leave the Ravens’ playoff game against the Buffalo Bills due to concussion protocol. Following Jackson’s departure and the Bills win, a Bills fan on Reddit shared that he donated $25 to Jackson’s favorite charity, the Louisville Chapter of Blessings in a Backpack.

Blessings in a Backpack is a national nonprofit that helps feed elementary school students across the country. Back in 2018, Jackson donated $25,000 to the charity, which helped start a new program at an elementary school in Louisville, Kentucky where Jackson played in college.

The organization says more than 18,450 fans participated in the viral donation campaign and raised $553,000.

Blessings in a Backpack decided to pay it forward and donated 10,095 bags of food to the Western New York Boys & Girls Clubs Collaborative, five select clubs around WNY, and four local elementary schools.

“We have been overwhelmed by the generosity of the Bills Mafia and their dedication to feeding hungry kids,” said Erin Kerr, Blessings in a Backpack CEO. “As a thank you for the Buffalo community’s support, we wanted to pay it forward and donate bags of food to children facing food-insecurity in the western New York area. In order to reach your full potential, it starts with having a belly of nutritious food and not being hungry, and we are proud to help support these local kids.”

The generosity of Bills Mafia also led to Ravens fans donating to the Patricia Allen Fund at Oishei Children’s Hospital.

Dan Konopski and Will Burke