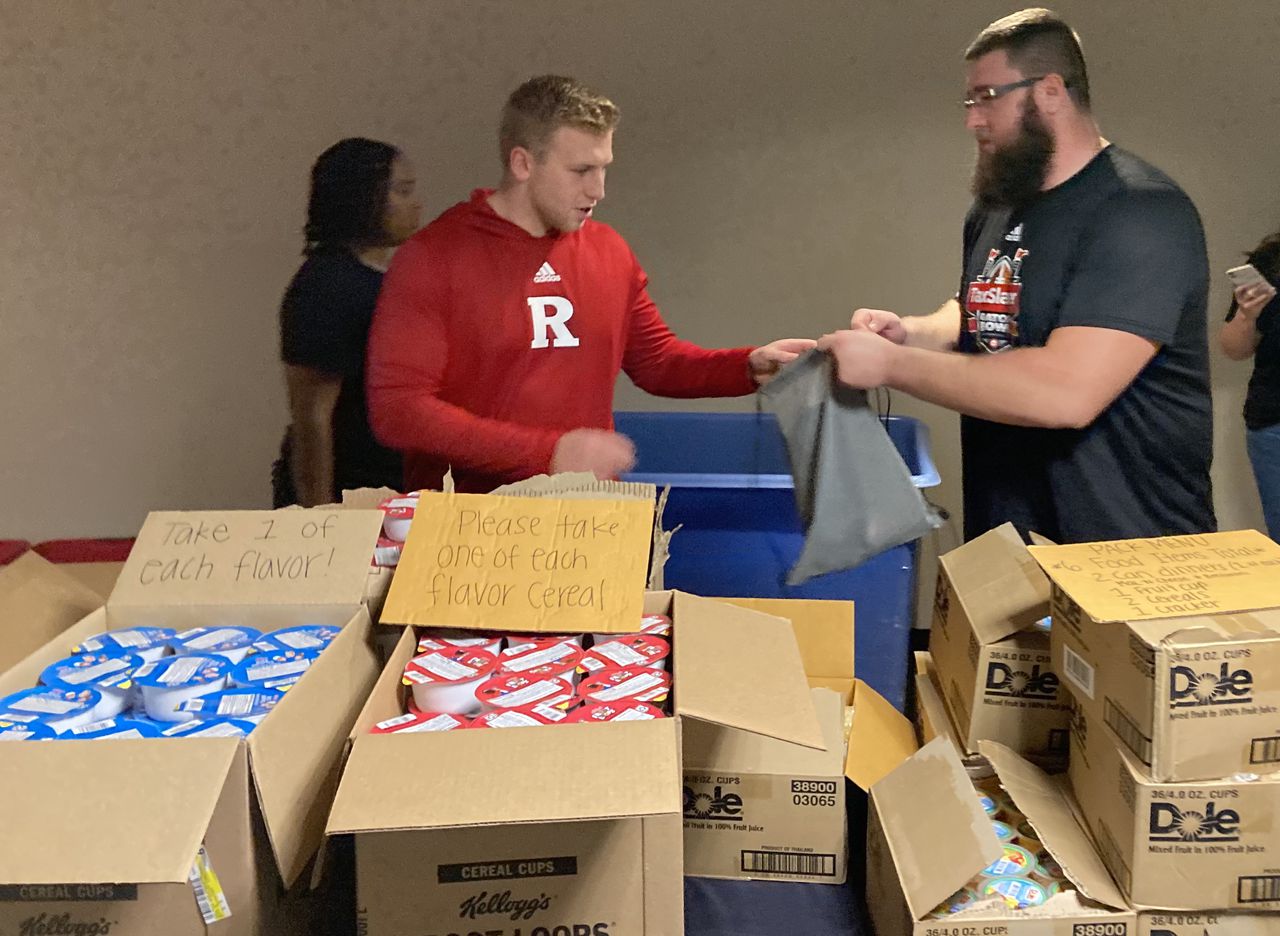 Inside the players lounge at the Rutgers football team’s hotel Wednesday night, Billy Taylor joined his teammates at tables before they got to work for a charitable event.

Each player signed cards that would be placed in backpacks stuffed with food and delivered to children in the Jacksonville community. Mike Tverdov, the Scarlet Knights’ senior defensive end, wrote: “Smile because the sun always comes up in the morning!’’

Taylor’s message was similarly upbeat. But the Scarlet Knights’ long-snapper couldn’t help throwing in his team’s mantra before signing his card.

“We throw in our own ‘Keep chopping’ every now and then,” said Taylor, who is set to match defensive tackle Julius Turner by playing in his school-record 58th career game Friday when Rutgers meets Wake Forest in the Gator Bowl. “I don’t know if the kids are going to quite get that but maybe they’ll do a Google search.”

It’s all part of a charitable event the teams squaring off in the Gator Bowl participated in this week. Officials with the Jacksonville-based charity say 90,000 children — or one out of five — living in northeast Florida are at risk of going hungry on the weekends.

The First Coast chapter of Blessings in a Backpack feeds approximately 4,500 children at 44 schools over three Florida counties. Members of the Rutgers and Wake Forest football teams stuffed the hand-written notes into 1,000 bags full of food items such as Chef Boyardee’s mac & cheese and beefaroni, a fruit cup, cereal packs, and crackers.

“We provide weekend nutrition for kids who depend on their school during the week,” said Susan Evans, who coordinated the event. “When they leave school on Friday we don’t know if they’re going to eat again until Monday. It’s just a beautiful event that takes advantage of (football players) who are disciplined and smart and committed. They just do the most wonderful thing for us.”

Knights in the Community: Blessings in a Backpack 🎒

“Always believe it. Don’t be afraid to let your light shine!” - @Azy_02 pic.twitter.com/99U7qqZlNL

Katie Cox, the vice president of marketing for the Gator Bowl, echoed that thought. It marks the fourth straight year teams playing in the Gator Bowl have volunteered for the community service.

“For years we’ve looked for a philanthropy event that works for both teams (and) Blessings in a Backpack is perfect,” she said. “Sometimes I think the card is more valuable than the food. They sign it, write their number on it. So that’s super special for the kids.”