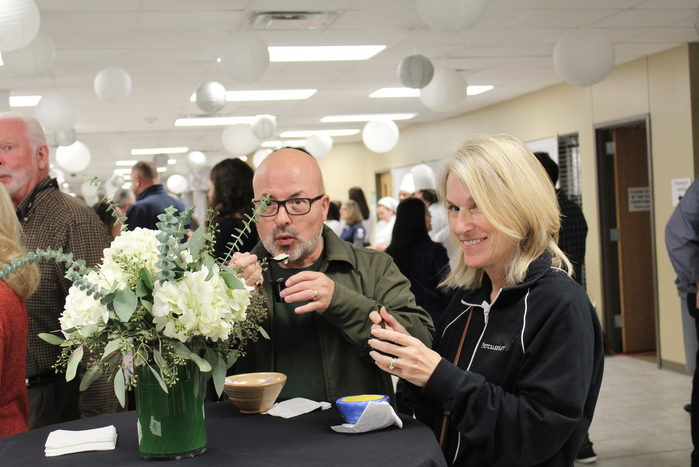 Thursday, Jan. 31 marks the return of the SOUPer Bowl at Nease High School for the fourth consecutive year.

The event, which will run from 6 to 8 p.m., will be graced by some of the top chefs on the First Coast, who will join forces to offer their signature creations.

Primarily a soup tasting event, the SOUPer Bowl is planned, organized, and hosted by Nease students with two goals — to raise funds needed to run the Blessings in a Backpack program in St. Johns County schools and to create more awareness about student hunger in the community.

Blessings in a Backpack is a program for students on free and reduced-price lunches in school who are dependent on school meals for nutrition during the week. Many of these children do not have guaranteed meals waiting for them at home over the weekend. First Coast Blessings steps in to fill that gap by sending food home with these students.

“Hunger should not be a worry or challenge for today’s youth,” said Kimberly Ward, executive director of First Coast Blessings in a Backpack. “It is important that, as a community, we do everything we can to feed them. I have seen the direct and powerful impact that this program has on the students, as well as the families and school as a whole.”

The hope that no child in St. Johns County should go hungry has been the driving force behind the SOUPer Bowl event. Nease students have been packing food for school children at Webster Elementary for over eight years in the only student-led and organized program in the area. Four and a half years ago, however, it was discovered that available funding would be insufficient to feed the rising numbers of students in need at Webster Elementary, which included over 200 children on a waiting list.

As a result, the SOUPer Bowl event was envisioned and implemented by a group of parents, students and administration at Nease to raise the necessary funds to cover the deficit. Today, over 100 Nease students now combine talents from the Hospitality & Tourism, Digital Design, International Baccalaureate and Television Production academies to tackle hunger in the county’s schools.

Restaurants returning this year will be Sawgrass Country Club, the People’s Choice Award winner at the 2018 SOUPer Bowl, as well as Restaurant Medure, Ice Plant, Trasca & Co., Palm Valley Fish Camp, Fifth Element and Sysco & Publix Cooking Schools. Also participating in the event for the first time will be South Kitchen & Spirits, MAA Kitchen, Treylor Park & Hitch and Fionn MacCools. Over the past three years, this undertaking has raised over $90,000 for First Coast Blessings in a Backpack with the help of the restaurants.

The goal for SOUPer Bowl IV is to raise $40,000, which will support 400 students for one school year. Seventeen schools in St. Johns County depend on the program to support their students.

The cost to cover a single student is $100 per year. The monies raised by the SOUPer Bowl will supplement the existing program and ensure that no child at risk for hunger goes home for the weekend without a “blessing in their backpack.”